Fraternizations of Russians with Germans: frontline stories from Kreva and its surroundings

Fraternizations of soldiers of the Russian army with the German military during the First World War began at the end of 1915. The phenomenon became widespread after the February Revolution. Most often, it all came down to meetings on neutral territory in order to exchange things of a soldier’s life, some people even managed to visit enemy positions. Sometimes such meetings were used by enemy intelligence to collect important information and propaganda.

Local historian Aliaksandr Kaminski looked through the memories of servicemen who were participants in the fraternizations near Kreva and in the vicinity of the town.

In the early summer of 1917, Russian pilots Kazakov and Goncharov on the Voisin aircraft were adjusting the firing of long-range guns at the rear fortifications of the enemy near Kreva. The Germans managed to shoot down their plane, and it crashed between the German and Russian trenches.

There was hope that the pilots survived. However, German snipers could prevent their rescue. Nevertheless, Russian soldiers did not wait for the onset of darkness – every minute was precious. The head of the air squadron sent the head of the soldiers’ committee Nikolai Oganesov and paramedic Zalkind to the plane. In his memoirs, Oganesov mentioned that, once in the trenches of the first line, they saw how both German and Russian soldiers with cauldrons came to the river in neutral territory from time to time. No one fired at those who came for water.

Oganesov and Zalkind decided to seize the moment to save their pilots. Taking cauldrons from the infantrymen, they also went to the river. The paramedic spoke German, and they managed to strike up a conversation with the soldiers on the opposite side. Oganesov and Zalkind asked the Germans to take the Russian pilots out from the crashed plane. They hesitated at first, as they were afraid of the officers, but nevertheless agreed to help. As it turned out, only Kazakov survived, but he was badly wounded. German paramedics gave the pilot first aid, and then they carried him to the Russian trenches on a stretcher. On the way, they were joined by a large group of German soldiers. The Russians met them without enmity. An impromptu rally was held, at which the speakers expressed their attitude to the war and to the authorities who did not want to stop it.

“Since mid-November, the Russians have been free in their positions: the previous officers have been removed from their posts, and the new ones have been selected from the soldiers. Only occasionally the silence is broken by the night shelling of Russian artillery and infantry. Russians are increasingly appearing at wire fences to start negotiations,” the regimental book of the German 379th Landwehr Regiment describes the atmosphere of that time.

Soldiers from the 374th Infantry Regiment said in their frontline notes that “in July, a storm of Russian hurricane fire swept through the position, uprooting trees on the edge of the forest and crushing trunks, but in late autumn, a modest wooden barn stood peacefully, as if nothing had happened. (…) As you know, all cats gather from all around for the smell of valerian. The nose of the Russian with its insensitivity to smells has such a cat sensitivity to “wuttki” (this is how the Germans pronounced the word “vodka” – ed.). This magical liquid, a bottle of rum, was in a barn.”

The Germans received tea, metal, rubber, soap from the Russians in exchange for vodka, old and unnecessary stuff (for example, a dull razor and a faulty watch were used for this). “People of honor of the Russian revolution were selling the military property of their homeland,” the author concludes.

From the book of the 3rd Infantry Regiment, another case of trading on the front line near Kreva is known. One such meeting between the enemy sides took place on December 7, 1917, a few days after the declaration of local peace. The propagandists of the 16th Landwehr Division met with the Russians at the same time.

Where else on the Kreva front did fraternizations take place?

On November 27, 1917, the German Foreign Ministry reported on the fraternization of the Germans with the “death battalion” of the Russian 69th Division south of Kreva. This event was also reported by the head of the Russian unit, Colonel Nemchinov. The battalion committee and officers went to negotiate peace near the village of Navaselki: “A soldier and an officer visited the headquarters of the German regiment and division, where they received the terms of the armistice for 3 months signed by General von Adriano.” Next day, soldiers representing its units were sent to negotiate an armistice in the entire front occupied by the division. On December 2, the 3rd Army Corps entered into a similar agreement with the German 57th Corps. The enemy sides signed an armistice on the Kunava-Sutskava front for three months.

According to the report of the chief of staff of the 134th rifle division to the headquarters of the 10th army, the Germans came out of their trenches and handed a note to the Russian military with a request to send a delegation of soldiers or officers to sign an armistice near Neviaryshki. The German army also was the initiator of the armistice in the area occupied by the 6th Infantry Division of the 3rd Army. A German general made a proposal for peace talks there.

Do you like this text? We’re working on new stories for you! Support us with PayPal. It’s safe and easy! 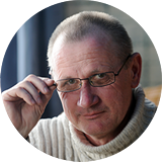 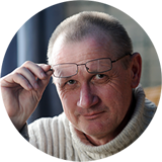 Born in Kreva. Kaminski researches the history of the town and its surroundings.